Krka National Park runs alongside the Krka River in the southernmost part of Croatia and is prized for its seven cascading waterfalls. Up north, you will find a hiking trail that passes through a different series of spectacular waterfalls. Visovac Island houses the Franciscan Monastery of Our Lady of Mercy. The Krka Monastery was developed above old Roman catacombs and Roški Slap.

Running along the Krka river, Krka National Park extends from the Adriatic to the mountains in the interior. This park resembles a magical fairytale with many gorges, waterfalls, and gushing rivers along the karstic canyon. Manufactured structures are also an attraction, and the area is known to draw monks, who are attracted to its seclusion and remoteness.

Extending from the Dinaric Range to the sea, the 73m Krka River and its divine waterfalls characterize the scenery of Krka National Park. The waterfalls are called a karstic phenomenon, meaning that river water sliced through limestone to create a 200m deep canyon. While this natural site is impressive and worth seeing, artificial sights are also worth traveling to.

The park has five main entrances: Lozovac, Skradin, Krka Monastery, Roški Slap, and Burnum, and all can be reached by car.

Visovac Monastery is a beautiful piece of history located in Krka National Park and is a must-see while visiting Croatia. The monastery was built from 1445 to 1460 by the Bosnian Franciscan order.

In 1993, the island came under siege during the Croat-Bosniak War, and all but one friar fled abroad while many civilians took refuge there. In 1995, peace returned to Bosnia and Herzegovina after signing the Dayton, and refugees began returning home soon after.

The monastery remains open to visitors all year round except for January. Visitors can explore the church, part of which has now been turned into a museum depicting both old items and traditional Croatian artworks. The 12th-century Glagolitic Mass is still held once a month in the church. More than 100 people can fit into the church for mass, celebrated by one of six monks who live on the island.

For those interested in historical artifacts, there are several Roman tombstones dating from around 500 AD located around the monastery’s yard. These were collected from various sites around Visovac before being placed here after renovations took place during the 19th century. The monastery is best known for its unique Glagolitic script, which can still be seen today on many of their manuscripts and homespun items.

The main attraction in Krka National Park, this hour-long trail goes along boardwalks and tiny islands in the emerald green river and ends at the park’s largest waterfall.

Skradinski Buk’s 800m-long waterfall drops by nearly 46m before falling into the lower lake, a favorite swimming spot. Nearby, a group of memorable mill cottages has been transformed into workshops, souvenir stores, and restaurants. As you can imagine, this area can get quite busy during peak tourist season.

Close to the  Skradinski Buk waterfall, the Krka River widens into a large lake known for being home to local water birds. At its center, you can find a tree-lined island, a perfectly reclusive spot for a monastery. Augustinian hermits founded this monastery in the 14th century, and it was expanded in 1445. In the 17th century, the church was widely remodeled, and the bell tower was added in 1728.

If you have seen photos of Krka National Park, you’ll know how stunning and vibrant it is. It looks like something out of a fairytale with serene natural wonders like hundreds of waterfalls pouring into small emerald green pools.

Can’t Miss: The impressive waterfalls of Skradinski Buk along with the charming town of Skradin make Krka National Park a popular destination. The falls are a series of 17 impressive waterfalls that make for a beautiful sight. The rest of the park is beautiful as well. Roški Slap, located in the upper part of the park, is a series of smaller cascades that look like necklaces draped across the river.

Insider Tip: Visovac Island is a great place to visit if you have some extra time. Not only is the monastery a beautiful site, but the monks are always happy to show tourists around and let them try some of their delicious beer. So be sure to add it to your list of places to see while in Croatia!

Restaurants:  If you love seafood, you must try Cantinetta. Cantinetta is known for its fresh fish and wine, produced just a mile from Skradin, a small town at the entrance to Krka National Park. Cantinetta serves some of the finest seafood on the Croatian coast; be sure to try their grilled fish of the day or even their grilled octopus while enjoying the local Croatian wine. 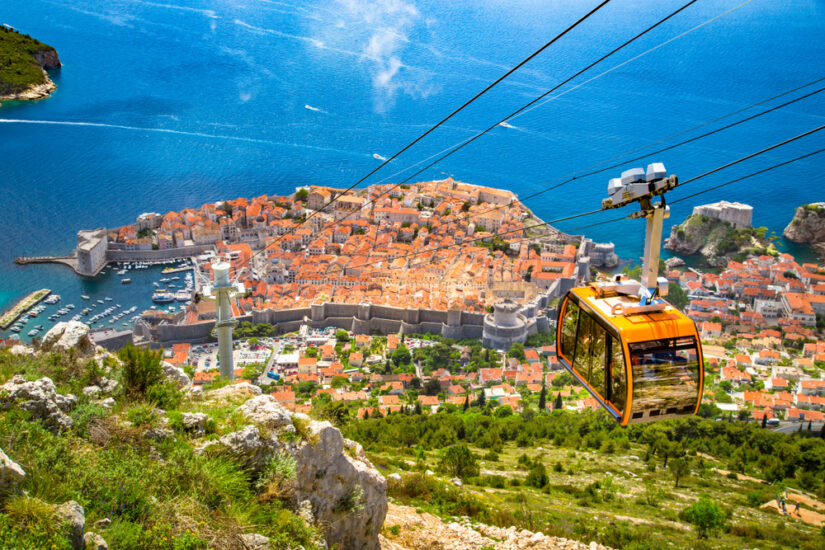 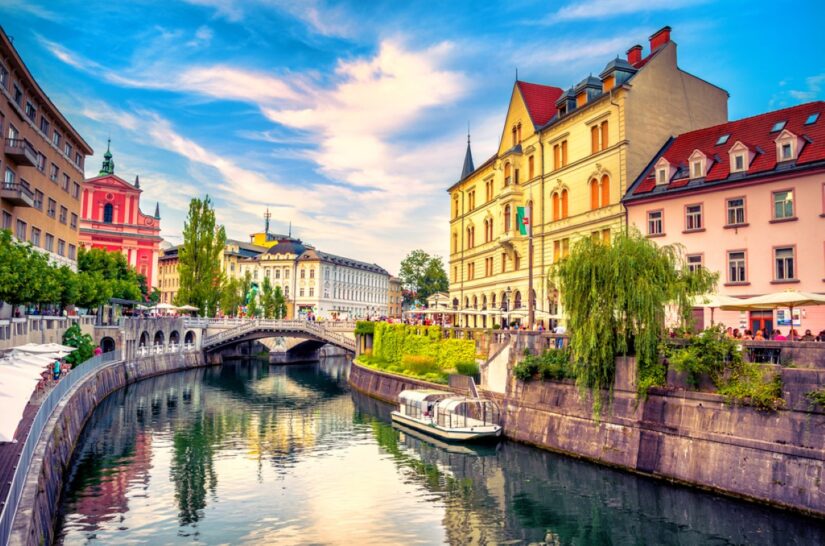